Everything You Need to Know About Counterfeit Detector Pens

Everything You Need to Know About Counterfeit Detector Pens 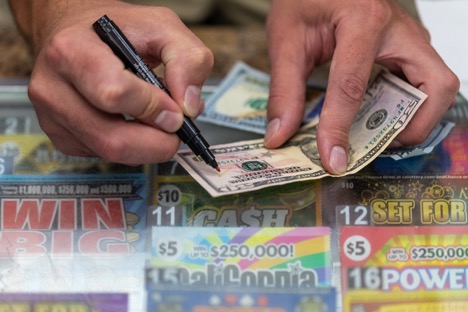 The counterfeit detector pen was patented over 30 years ago by a Belgian inventor who moved to the USA in the 1980s. Dri Mark Products, a New York manufacturer of writing instruments, purchased that patent in 1991. Dri Mark was the first company to market and distribute this product and held exclusive patent rights until 2010.

Since its introduction, the pen has been the most widely used and successful counterfeit detection device in history. The first major retailer to sell this product was the well-known office superstore chain Office Depot. It first appeared on the shelves in 1992, and it was an instant hit. Sales of the item doubled in each of the first 5 years, and steadily increased for over 20 years. Since its inception, well over 250 million counterfeit detector pens have been sold here in the USA, and hundreds of millions more throughout the world.

What is a counterfeit detector pen?

Essentially, a counterfeit detector pen is a marker, similar in construction to a felt tip “Flair” pen. A plastic tube is fitted with a polyester reservoir (similar to a cigarette filter) which is impregnated with a solution of solvent and iodine. A “nib” (the writing tip) is inserted into the reservoir to soak up and distribute the solution to the end of the tip, which is where the solution meets the writing surface. Marker tips are generally made of molded porous polyester but can also be crafted of extruded polyester or acrylic fiber. The fiber tips are usually more durable and distribute a more even flow of liquid. The best quality counterfeit detector pens are made with precise fitting plastic components, which prevent air leaks. Air leaks can dry the markers out, or even worse, produce false test results.

How does it work?

A counterfeit detector pen is a chemical test which distinguishes the type of paper used for printing money. Genuine US currency is printed on Cranes currency paper stock. Cranes is a company based in New England, and they have produced US currency paper for over 250 years. Cranes paper in made entirely of linen and cotton and is therefore quite durable and resistant to tearing, read more about Cranes HERE.

Virtually, all common paper is made with refined wood pulp combined with mineral pigments and starch. The counterfeit detector pen is basically an iodine solution delivery system. You may remember from chemistry class that iodine reacts with starch by turning the starch brown or black. When you take a counterfeit detector pen and make a mark on regular paper, it will turn brown or black, indicating that there is starch in the paper. Of course, US money is NOT printed on regular paper, but rather on Cranes linen and cotton paper. There is zero starch content in currency paper, so the iodine will not react. When you make a mark on genuine money with the pen, the mark will remain pale yellow. 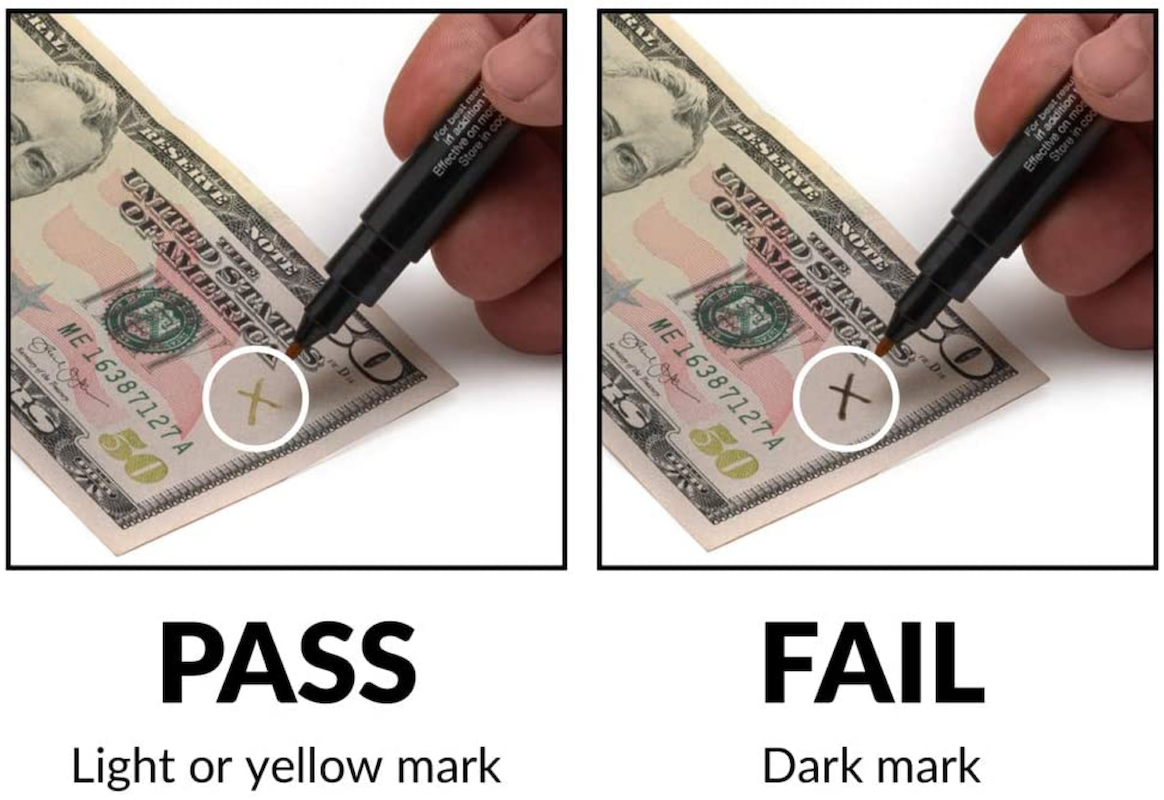 So why don’t counterfeiters just use currency paper?

Simply put, they can’t get it. Crane’s will not sell it to anyone but the US Bureau of Engraving and Printing. Of course, this has not stopped some counterfeiters from trying to get their hands on the paper. One method counterfeiters use to defeat the pen is by a process commonly known as “bill bleaching”. In fact, the bills are not really bleached at all. They take a $1.00 bill and soak it in a tray of heavy solvent, such as acetone (nail polish remover). This begins to dissolve the ink and the counterfeiter then scrapes off the rest with steel wool. What’s left is a blank piece of correctly sized currency paper which is then overprinted with a higher denomination, usually a $20, $50 or $100. This is far from the most common form of counterfeiting, but it is significant enough that many retailers choose to supplement use of the pen with some other detection methods. Incidentally, there are some governments such as Iran that have found a way in the past to obtain currency paper stock and have manufactured “super bills” which are nearly impossible to detect by the pen, but also by higher technologies. While this type of counterfeit is rare, it’s a potential problem for retailers, banks, and the Secret Service.

Can Counterfeit Detector Pens be used on the Euro, Peso, Yen, or other international paper money?

Some counterfeit detector pens work on many of the major currencies. Make sure that the formulation specifies “international, or “universal”. Many of the counterfeit detector pens sold in the USA are specifically formulated for the US Dollar and will not work on other money. This is generally due to the concentration of iodine. The industry standard Dri Mark pen is available in both US and Universal formulations. With the correct formulation, the pen works on the Euro, Pound, Japanese Yen, Chinese Renminbi, Swiss Franc and many others. Some countries have begun to use bills fabricated from acetate or other plastic sheets. Canada and Mexico are doing this with several denominations. The pen will not work on these. Check the manufacturer notes on whichever pen you purchase for information about other currencies. Learn more about Dri Mark’s Universal Counterfeit Detector Pen HERE.

Where are Counterfeit Detector Pens made?

These days, many brands (Royal Sovereign, MMF, Money Marker, Staples Store Brand) are made in Asia or
Mexico. The only US manufacturer is Dri Mark Products, which still makes the pens at their plant on
Long Island, New York.

Are there differences in quality among the brands?

There are a couple of things to keep in mind when purchasing counterfeit detector pens. The first is construction and quality. Pens with loose fitting caps should be avoided because of the risk of the ink drying out. Also, you should make sure to look for products with sturdy and thicker components. Counterfeit pens contain a high percentage of volatile solvents which can evaporate very quickly. If the plastic is too thin or the parts don’t fit perfectly, the solvents can evaporate, rendering the product ineffective.

The second thing to think about is the product’s longevity. Many of the Asian imports are very thin and contain less than 1 gram of fluid. Look for a product with a barrel dimension of ½ an inch or more. Thick nibs will also distribute an unnecessary amount of fluid. A thin sturdy nib emits the right amount of fluid and will extend the useful life of the product.

Should I depend on Counterfeit Detector Pens to protect my business?

The short answer is yes. The long answer is that the Counterfeit Detector Pen is mostly effective and will catch the majority of bad bills. However, it is not perfect and can be defeated by bill bleaching which will occasionally get past you and into your register. The pen is a proven front-line defense against common counterfeits, and your business should certainly be using some technique to minimize loss. It’s still a cost effective and easy solution to the problem. We would recommend having a back-up technology for bills that are troublesome (UV Lights, Ink Detectors or Scanners). Read more about alternative detection solutions HERE.

If Counterfeit Detector Pens are not perfect, why should I use them?

It really depends on your business, and the expectations you have. If you have a high volume of small transactions, the pen could be a great way to limit your losses from counterfeit. However, if you are taking very large cash transactions where you must have certainty about the bills (for example a stack of $100s to pay for jewelry) you may want to invest in a higher technology for extra protection. 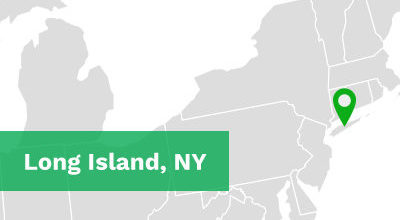 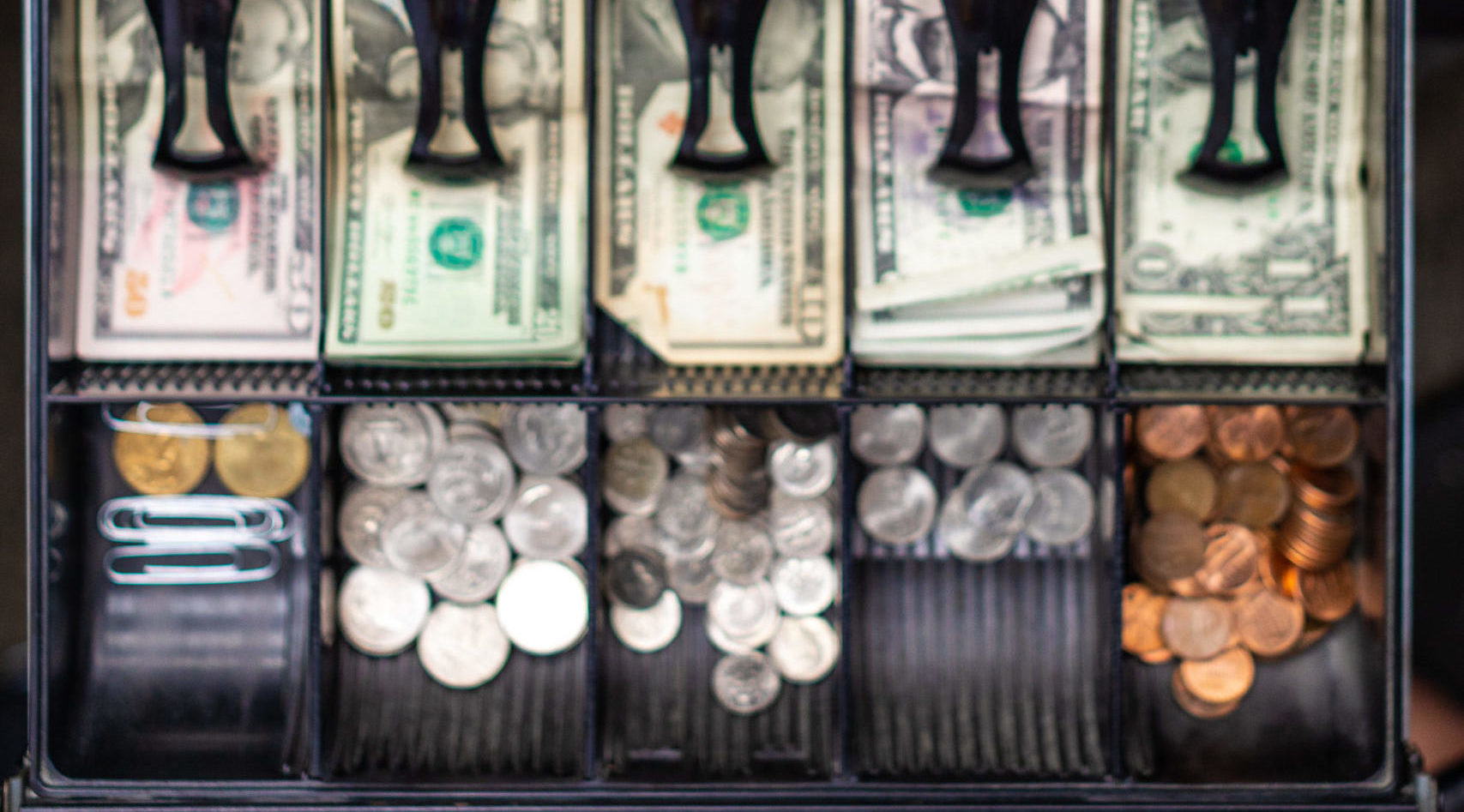 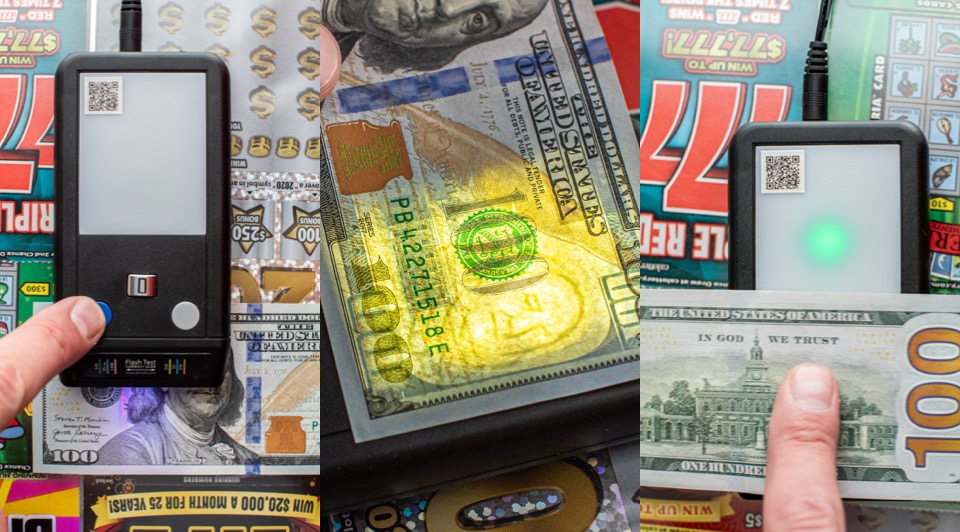